South Vihar Welfare Society for Tribal registered and popularized under the Trademark name ‘Ashray’ was setup in the year 1998 by a tribal woman Ms. Anima Baa as a non-profit, social developmental organization. The injustice, social discrimination and tough life faced by the tribal people inspired her to start the organization. The organization was registered under the Society Registration Act XXI, 1860 on 7th September, 2000 with the bearing no. 452/2000‐01 at Patna After the formation of Jharkhand the organization was re-registered on 27th September, 2006 with the registration no. 300/2006‐07 in Jharkhand by the Co-Founder Mr. Mantosh Kumar, who leveraged the organizational strengths with the legal documents 12A(Under the Income Tax Act, 1961 for non-profit to claim full exemption from income tax), 80G(certification is one that is granted to certain non-for-profit organizations by the Income Tax Department, granting their donors the ability to avail of a tax deduction on donations), Foreign Contribution Regulatory Act (FCRA i.e. fit organisation to accept funds from Foreign Donors) , TAN(Tax Deduction and Collection Account Number), EPFO (The Employees' Provident Fund Organisation) etc. The vision of the organization is “A just society where marginalized communities have equal opportunity to live a dignified life.” The mission of the organisation is “Attainment of Sustainable Development Goals by enhancing Access to sustainable livelihood through employment, infrastructure, Skill, Health, Nutrition and Education - Physical, Mental, Social and Cultural for bridging Economic Equality of Marginalized communities.” The Marginalized communities under the service are Schedule Tribe, Scheduled Caste, Women, Children, LGQBT, Refugees or abandoned / vulnerable and general poor groups in the society. The society focuses of gender balance and communal harmony.
Presently even the succession line is operating the administration. Ms. Soumi Dutta is fully functional as the Secretary and handling the implementation level leadership to shape the organisation better and meet the development goals.
Founding Date of the Organisation:7th September 2000 Registered under the Society Registration Act.
Brief:Ashray is a popular registered name of South Vihar Welfare Society for Tribal after the Theory of Change under World Bank to manifest the works and services provided to all people in general for their Sustainable Development. It is a woman led nonprofit, social development organization working dedicatedly in the thematic area of Education, Health, and Rehabilitation Care and Livelihood promotion for about 20 Years. The organization has been registered under the Society Registration Act in the year 2000. After which the organization has strengthened its legal status by registering itself with FCRA, TAN, and PAN etc. to have a solid structure that encompasses the Human Resource, Finance and others as separate department of the efficient team of young professionals. The organization has been working efficiently and has a high credibility and experience on the area of working to mitigate the problem of infectious disease, unsafe migration and child protection. It has been for its arduous, credible and transparent efforts been recognized by the WORLD BANK and the UN. The organization and its CEO have received many accolades for its efficient working and honest work. Major awards like the Rajiv Gandhi Excellence Award, National Mahila Rattan Gold Medal, Gold Star Award, Super Quality Crown Award etc. The organisation is even running several Rehabilitation Homes in 10 Districts of Jharkhand and intends to spread its outreach through the Eastern India to end poverty and sustain the livelihood of the poor. The organization works on a right based approach and mostly works for the focus group women and children. Child rights, women empowerment, skill training, education, capacity building, mobilization and linkages, Health, food security, research, policy and lobby advocacy are the major work undertaken by the organization.
Ashray has a vast outreach in the five states of Jharkhand, Chhattisgarh, West Bengal, Bihar and Odisha, of eastern India where it works through networking and partnership. The organization has various centers in Simdega, Bokaro, Khunti and Gumla with the head office at Ranchi. We have worked for several agencies of the Central Government/ State Government of India, Foreign Agencies, The World Bank, The UN and the PSUs successfully.

We Need Your Help For Rescue Covid-19 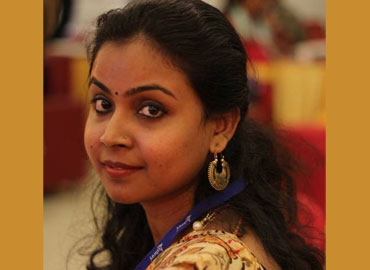